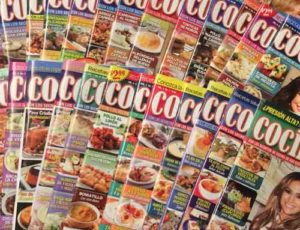 Cocina al Dia Magazine was published for six years for readers in the United States, Puerto Rico, Mexico and Spain.

If you are Latina/o and you like to cook, you are probably familiar with Cocina al Dia, the only magazine in Spanish published in the United States with recipes, ideas and tips for making the most delicious Cuban dishes as well as recipes from the Caribbean, Central and South American and even many parts of Asian and European countries.

For six years Cocina al Dia was published on a monthly basis and served it’s loyal readers in the United States, Puerto Rico, Mexico and Spain.

My father was the editor of Cocina al Dia. Throughout his career as an editor, he produced more than a dozen different magazines in the United States, Puerto Rico, Mexico and Central America, but for me, Cocina al Dia was special in that it held more meaning than simply a recipe magazine. In those pages I remembered many meals I knew as a child and it inspired me to make them for my own children. In the pages of Cocina al Dia were dishes that my mother, my grandmother and aunts made with love and dedication. So many recipes from the many mouthwatering feasts at our family gatherings that continue to keep our Cuban traditions and rich culture alive with the taste of a bygone era. 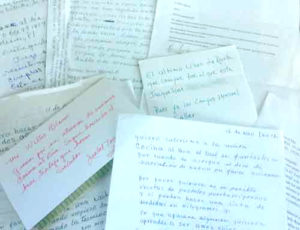 At CocinaAlDia.com I want to share these recipes with the rest of the world and for Cocina al Dia to stay alive on a website for people who, like me, live in bilingual world with a rich heritage of delicious food. Hence, the recipes on the website are available in English and Spanish.

Here at Cocina al Dia we celebrate the cultural richness of many countries and the diversity of flavors of our various typical dishes. This online version of CocinaAlDia.com is also a community for all Hispanics interested in preserving the culinary traditions of their own countries passed on from their parents and grandparents.

We invite you register to join the community and share your own delicious dishes with us.